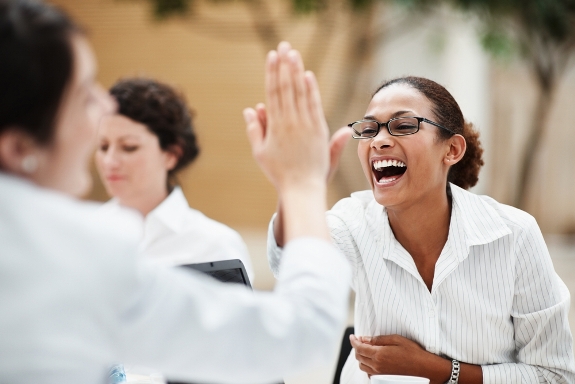 Economists readily acknowledge the economic contributions of immigrant entrepreneurs to the U.S. After all, we wouldn’t have one-quarter of all public companies in the U.S.—companies like Google, Yahoo!, and Intel which employed 220,000 people and generated more than $500 billion in one year—without them. But lost in that acknowledgement are the contributions of immigrant women entrepreneurs who last year made up 40% (or 980,575) of all immigrant business owners in the U.S. This week, a new report, Our American Immigrant Entrepreneurs: The Women, takes a closer look at these women and examines the obstacles and pathways to establishing successful businesses—businesses that have created American jobs and generated millions in taxable revenue.

According to the report, there was a significant rise in immigrant women entrepreneurship over the last 10 years. According to the Census, 575,750 foreign-born women who immigrated as adults claimed to be self-employed in their own business as of 2000. Ten years later, however, that number has increased to 980,575 or 40% of all immigrant business owners in the U.S.

But that success isn’t always easy to come by. Of the immigrant women interviewed, many faced gender bias and difficulties securing start-up capital. Many women also reported that banks were hesitant to provide start-up funds due to the small size of their businesses. Yet, through their own determination and help from friends, associations, networks, colleagues and families, these women were able to establish successful businesses.

Maria Sobrino, for example, came to the U.S. from Mexico and started her own dessert company, Lulu Desserts. She noticed the absence of a Mexican comfort food, gelatinas or flavored gelatins, and began experimenting with samples. Due to difficulties securing capital, Sobrino had to start small and constantly reinvest in her business. “Do you know how many people laughed at my idea of having gelatinas and selling them with a little jar three hundred cups a day that I was doing?” Sobrino asked. “Today we sell about fifty million cups a year of gelatin, and we distribute to supermarkets.” Lulu Desserts currently generates $9.2 million and employs a host of marketing, sales, and delivery personnel.

Sheela Murthy, an immigration attorney from India and graduate of Harvard Law School, agrees that a passion to succeed was essential in establishing her own law firm—a firm which today generates $4-5 million a year and employs 70 people. Rubina Chaudhary, also of India, had trouble securing capital for her engineering management firm at first. Now, however, as president of MARRS Services, Inc., she manages multimillion dollar public contracts, employs 50 full time staff, and consults with large public and private clients.

These are just some of the many stories of immigrant entrepreneur women who, despite gender and racial discrimination, started their own businesses. And they want nothing more than to create an easier path for other immigrant women to do the same. They recommend easier access to start-up capital and federal loans for women- and minority-owned business, reform of bureaucratic hurdles, access to clearer information on state and federal regulations, and a continued discussion on how to address the barriers women face in the workplace.

In fact, making it easier for all entrepreneurs—including immigrant women—to start businesses which create American jobs, stabilize communities, and generate millions in taxable revenue seems like something every American would be wise to support.