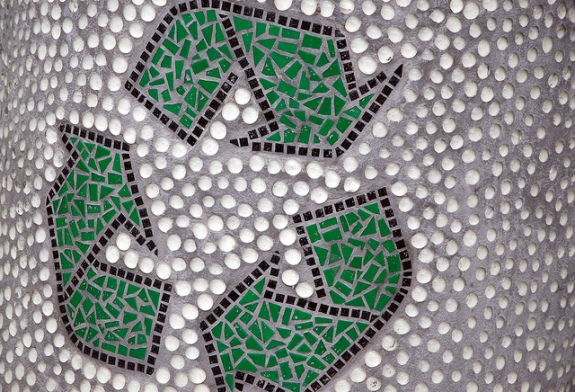 In a report released late last month, the Federation for American Immigration Reform (FAIR) rehashes a number of tired, discredited arguments about the impact of immigration on wages and job opportunities for native-born workers. The report, entitled Poverty and Low-Wage Earners, tries to discount the findings of numerous studies in recent years which have found that immigrants tend to complement rather than compete with native-born workers in the labor market, and that immigrant workers do not undermine wages for their native-born counterparts. FAIR pretends to refute these studies by misrepresenting their findings and their methodologies; creating caricatured “straw men” that can easily be knocked down. Behind that charade, however, a growing body of economic and demographic literature remains which demonstrates that immigrants do not “steal” jobs from natives, and do not create ruinous labor-market competition that drives down wages.

One of FAIR’s primary targets is a 2009 series of reports by Rob Paral & Associates, which found that unemployed natives and employed recent immigrants cannot simply be “swapped” for one another because they tend to have different levels of education, live in different parts of the country, have experience in different occupations, and have different levels of work experience in general. As a result, the reports found little apparent relationship between recent immigration and unemployment rates at the regional, state, or county level. FAIR distorts these findings, saying that Paral was claiming that immigrants and natives “do not compete for jobs.” In fact, Paral never says that. Rather, he concludes that “the substantially different characteristics of immigrant and native workers mean that the two populations are not simple substitutes for one another.”

FAIR also takes aim at studies by Giovanni Peri and Heidi Shierholz which have found that immigration results in a slight wage increase for native-born workers. This wage increase occurs in two ways. First, because immigrants and natives tend to have different levels of education, work in different occupations, and possess different skills, the jobs they perform are frequently interdependent and complementary. This increases the productivity of natives, which increases their wages. Second, the addition of immigrant workers to the labor force stimulates investment as new restaurants and stores open, new homes are built, etc. This increases the demand for labor, which exerts upward pressure on wages.

Shierholz found in a 2010 study that, from 1994 to 2007, immigration increased the wages of native-born workers by 0.4 percent. The amount of the wage gain varied slightly by the education level of the worker. College graduates got a boost of 0.4 percent; workers with some college 0.7 percent; high-school graduates 0.3 percent; and workers without a high-school diploma 0.3 percent. FAIR tries to dismiss the findings of this study and others like it by saying that they are based on the assumption that “immigrants and natives cannot substitute for one another.” But the wage studies don’t say that. They simply take account of the fact that there is “a small but detectable level of imperfect substitution between immigrant and native workers who have the same levels of education and experience.”

FAIR’s effort to discredit the studies it doesn’t like falls flat since it doesn’t address the actual methodologies and findings of the studies in question. At the end of the day, the fact remains that immigrants are not the cause of unemployment or low wages in the United States. And a growing body of empirical research demonstrates that there is no correlation between immigration and unemployment, and that immigration does not drive down wages for the native-born. Moreover, immigrants—even the unauthorized—create jobs through their purchasing power and their entrepreneurship, buying goods and services from U.S. businesses and establishing their own businesses, both of which sustain U.S. jobs. That’s not job stealing; that’s economic growth.

The TiVo/EchoStar patent battle has been raging in the courts for the better part of 10 years. Following a win by TiVo in a jury trial in the Eastern District of Texas, Judge Folsom entered an injunction prohibiting EchoStar from undertaking certain activities in connection with its accused DVR products. The court subsequently found EchoStar in violation of the injunction and imposed contempt sanctions on top of the damages awarded by the jury. EchoStar appealed to the Federal Circuit and ultimately persuaded the Federal Circuit to consider the case en banc to clarify the standard for imposing contempt sanctions in a patent case.

In a unanimous portion of the opinion, the Federal Circuit held that there is no “good faith” defense to a charge of contempt. The court also overruled an often-misunderstood portion of the 1985 KSM case, which had set out a two-part test for deciding whether contempt proceedings were appropriate. The Federal Circuit changed the two-part KSM inquiry into a single statement: “What is required for a district court to hold a contempt proceeding is a detailed accusation from the injured party setting forth the alleged facts constituting the contempt.”

With respect to the substantive standard applied to a contempt proceeding, the Federal Circuit reiterated that “the party seeking to enforce the injunction must prove both that the newly accused product is not more than colorably different from the product found to infringe and that the newly accused product actually infringes.” For the first portion of this analysis—determining whether there are more than “colorable differences”—the court clarified the appropriate comparison: “[O]ne should focus on those elements of the adjudged infringing products that the patentee previously contended, and proved, satisfy specific limitations of the asserted claims. Where one or more of those elements previously found to infringe has been modified, or removed, the court must make an inquiry into whether that modification is significant. If those differences between the old and new elements are significant, the newly accused product as a whole shall be deemed more than colorably different from the adjudged infringing one, and the inquiry into whether the newly accused product actually infringes is irrelevant. Contempt is then inappropriate.”

On the final key question—whether EchoStar’s conduct constituted contempt under the newly devised proper standard—two factions of the en banc court were sharply divided. EchoStar argued that the language of the injunction was too ambiguous to clearly proscribe the challenged conduct. The seven judge majority, in an opinion written by Judge Lourie, held that such an argument was unavailable as a matter of law because EchoStar never directly challenged the language of the injunction. According to the majority, “where a party has bypassed opportunities to present its asserted vagueness claim on appeal or through a motion to clarify or modify the injunction, the party cannot disregard the injunction and then object to being held in contempt when the courts conclude that the injunction covered the party’s conduct.” The five-member minority, in an opinion written by Judge Dyk, disagreed strenuously, on the grounds that “contempt cannot be based on an order susceptible to two reasonable readings, one of which does not cover the accused conduct.” Thus, the dissenting judges would have reversed the finding of contempt because “TiVo was obligated to show that the injunction clearly prohibited the substitution of new non-infringing software. It did not remotely satisfy this burden.”

One important message to take away from this case is that any defendant that is subject to an injunction in a patent case should immediately analyze the injunction to determine whether there is any potential ambiguity in its terms. If such ambiguity is present—or even potentially present—the defendant frequently may be well advised to raise any such issues immediately, through a motion to clarify/modify the injunction and/or an appeal to the Federal Circuit. Absent those protective measures, the ambiguity of an injunction will likely not provide the defendant with grounds to later oppose a contempt motion by the patentee.

A copy of the opinion can be found at http://www.cafc.uscourts.gov/images/stories/opinions-orders/09-1374.pdf.